Everyone is the Media

Some time after 10 PM on the evening of April 18, 1775, Paul Revere departed from Boston on his way north to Lexington, to warn John Hancock and Samuel Adams that British troops were coming to arrest and execute them. He had heard from a stock boy that the British were preparing to cross the Charles River in pursuit of Adams and Hancock. Two other sources later verified this news, and Revere was elected as the messenger who would ride 20 miles north to Concord to warn these two prominent figures of the Patriot movement. 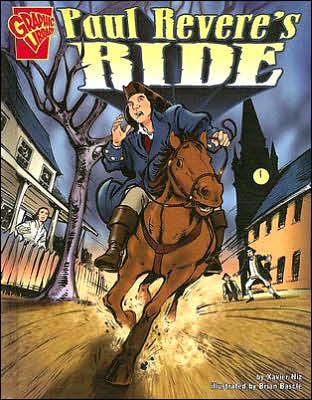 It’s too bad Revere was a century and a half late: In today’s new age of media he would have been able to instantly tweet this news at his revolutionary counterparts, although an impending arrest would probably warrant a direct message.

The example of Paul Revere’s famous ride in the months leading up to the Revolutionary War speaks to how far the news media has come. Just a few decades ago, people were reliant on traditional media outlets. If you wanted to know what was going on in the world, you had to turn to newspapers, radio, and television shows.

Today, things have changed. Even if you don’t believe that newspapers and print media will ever completely die, it’s impossible to deny the digital momentum shift. According to the Pew Research Center, since 2000 the U.S. newspaper industry has been shrinking by over 1,200 full-time jobs every year. In 2003, print ad revenue was at nearly $45 billion every year, but by 2012 this number had plummeted to less than $20 billion a year.

The face of the media has changed, and one of the most significant elements of this change is the advent of social journalism.

Journalism in the age of technology is governed by social media and the technology that allows us to access it. Over 70% of Americans now own smartphones, which means they can instantly connect with the rest of the world. Thanks to apps like Periscope and Meerkat, someone who is at an event can instantly send video out to the Internet at large.

Research appears to confirm the dawn of this new age. 50% of the population has learned about a breaking news story on social media instead of official news sources. Major events in history like the death of Michael Jackson and the massive 2008 earthquake in China were reported on Twitter before conventional news outlets.

This is all fascinating information, you might be thinking, but what can it do for my brand? Today’s era of journalism offers a few key lessons that marketers need to learn if they want to succeed.

KEY TAKEAWAY: This new age of journalism presents quite an opportunity. The huge rise in the number of reporters means that the focus in the world of new media is shifting towards making sure that sources are credible. We saw a big example of this in early March, when Google announced that its research team was experimenting with methods of ranking websites by how factually accurate they are. Marketers who can quickly provide accurate information to the right group of people on the right channels stand to find high levels of success, thanks to the mass-reporting revolution in journalism.