The following is a guest post by my dear friend Lynn Abate Johnson. Let’s dive in:

When you live in California and you have a second home in New Zealand, anyone who has been paying attention lately knows that earthquakes happen.

The first thing we Californians do when we start to feel the rumble or actually hear the advance grumble of the earth as the quake approaches are: look at the time.

Why? Because we want to have a frame of reference for the time of day, and the magnitude, especially in the case of the most recent shakes we experienced in New Zealand.

The second thing I DO, as a Social Business entrepreneur, is head for the Twitter-verse, and start entering hashtags to get the latest news reports.

Twitter has, arguably, become the go-to place for modern-day #watercooler news, as up-to-date and real as it gets, in most cases.

Just after midnight in New Zealand, on November 14th, you would have found me grabbing my phone to check the time, and immediately on my Twitter App, starting the hashtag search, all the while, the bed rocking and rolling, to and fro.

In this case, there were a handful of relevant hashtags (or #watercoolers) to gather around, not only on Twitter, but on Facebook and Instagram as well: #eqnz, #nzeq, #earthquakenz, and straight-up #earthquake.

Back to my Twitter App, while rumbling along in bed for the better part of two minutes (a long one, by ANY standard, even for this jaded Californian)… I found my New Zealand local earthquake community. I actually “met” a few new local (Wellington, New Zealand) tweeple, and we engaged in conversations about our personal experiences, the extent of damage, jokes where appropriate.  Some posted pictures of their damages, and others offered high ground to those in need.

So, I not only found out facts about the quake and damages, and tsunami warnings, I was also able to experience an otherwise scary situation with humans in my area.

Communities are forged from all sorts of everyday moments in life and business.

This was one of those times; the epitome of #HumanToHuman: #H2H.

Just another day: bonding over #NZSMJ

Prior to my trip to New Zealand, a twitter friend, André Archimbaud introduced me to someone I was destined to meet in person sooner than later.  Savannah Peterson also happens to be from the San Francisco Bay Area, and was traveling to Wellington for a Sales & Marketing conference, which I jumped at the chance to attend. There are no coincidences.

The hashtag for the conference was #NZSMJ, hosted by a global company committed to helping grow businesses in New Zealand and America.  Little did I know that the conference was chock-full of entrepreneurs just like me, mostly from New Zealand. I instantly felt connected to them, because, since 2008, I’ve run businesses in both countries. How fun to actually be in a room full of hard-working humans, and especially in one of my favorite cities in the world, Wellington!

I met a lot of industrious, committed people, and learned a lot that day, from the panel of speakers as well as the attendees. It was one of those “fortuitous intersections” that happens when the stars align.

And now, with #NZSMJ, I have enrolled myself in another community that is up to great things on behalf of global entrepreneurs.

Television is doing it too

There is no shortage of companies with business models build around social marketing and selling. Today’s television series shows take full advantage of the everyday people who watch the weekly episodes. Two that come to mind for me are Survivor on CBS (#TribalCouncil) and Gold Rush (#GoldRush) on the Discovery Channel. Both use a variety of hashtags during each broadcast to draw us into the online conversations WHILE WE WATCH (of course, I’m always catching up on DVR, so I could get in on the #watercooler discussions anytime. That’s the beauty – the hashtag feed is always there to reference, and build upon).

There are numerous other everyday brands and companies (mostly large or enterprise-level) taking advantage of the hashtag to build a community around their brands. What are your favorites?

Please chime in right here in the comments and let us know who is doing a great job, and especially, who is using hashtags inside company promotions, (as I’ve seen Gold Rush do, on their specials). 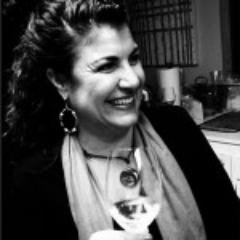