With all the other challenges you have to face, how do you, as a start-up company, survive and compete with the big giants? Guerrilla marketing offers organizations at the early stage of their business development, basic but highly targeted strategies that won’t take much of their financial resources.

Instead of spending a lot on promotional campaigns and advertising to strike head-on with huge conglomerates, a human approach where your customer is the center is a very viable strategy.

Instead of focusing on the products, guerrilla tactics require you to start from the ground where your prospects or customers are – listening to their needs, what they hold as valuable and providing corresponding solutions that truly answer their needs.

When the human connection is continually nurtured, it is the customers themselves who will come looking for you – and that’s the guerrilla way. 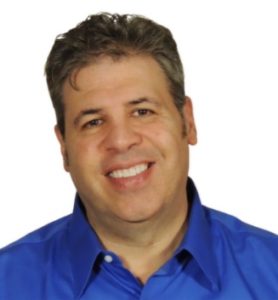 to mid-sized companies as a fractional CMO. Stephen is backed up by over 25 years of executive-level experience and internationally, he is recognized as a digital marketing pioneer as he was one of the first to engage consumers directly via online communities. He has competently started a company using his creative marketing prowess and guerrilla marketing tactics which were the ultimate driving force behind the world’s best-selling PC dial communication software of all time, the global brand Procomm. Procomm’s success was evident in its ability to capture 70% of the market share. Stephen clearly defined company strategies and successfully led his company, Datastorm Technologies, Inc. from a raw start up through 40 consecutive quarters of profitable growth at $50 million in annual revenue through its acquisition for $71 million by a publicly-traded company, which was then purchased by Symantec.

Quotes From This Episode

[Tweet ““If you don’t have a lot of money and you’re a start-up or early stage company, guerrilla tactics work and strategies work extremely well…” – Stephen Monaco”]

[Tweet ““If you can understand what people value…you’re more than halfway there.” – Stephen Monaco”]

[Tweet ““Talk to the people in the terms that they are speaking. Speak their language.” – Stephen Monaco”]

[Tweet ““The consumers don’t want to hear everything a brand has to say. They, the consumers want to be heard.” – Stephen Monaco”]

[Tweet ““It’s just like in battle, if you can break your enemy’s will to fight, that helps you a lot.” – Stephen Monaco”]

[Tweet ““It’s an investment. You need to be on social.” – Stephen Monaco”]

[Tweet ““You’ve got to have a [social] presence. Not necessarily on every platform…but the ones that make sense for your niche.” – Stephen Monaco”]

[Tweet ““It is really easy to tarnish your brand and it’s really a hard thing to overcome.” – Stephen Monaco”]