Disrupt Yourself with Whitney Johnson @JohnsonWhitney

Learn how Whitney shifted her choice of colleges, began her career in a field entirely different from her major, and ultimately ended up right where she belongs.

“Marriage is what gave me the confidence that I could go out and experiment [career wise] and try some things.” – .@johnsonwhitney

“People can disrupt themselves.” – .@johnsonwhitney

“I’m much more interested in the momentum of people.” — .@johnsonwhitney

“Are you willing to disrupt yourself?” — .@johnsonwhitney

“I believe fundamentally growth is our default setting.” — .@johnsonwhitney

Whitney Johnson is the CEO of human capital consultancy Disruption Advisors, an Inc. 5000 2020 fastest-growing private company in America. One of the 50 leading business thinkers in the world (#14) as named by Thinkers50, Whitney is an expert at smart growth leadership. 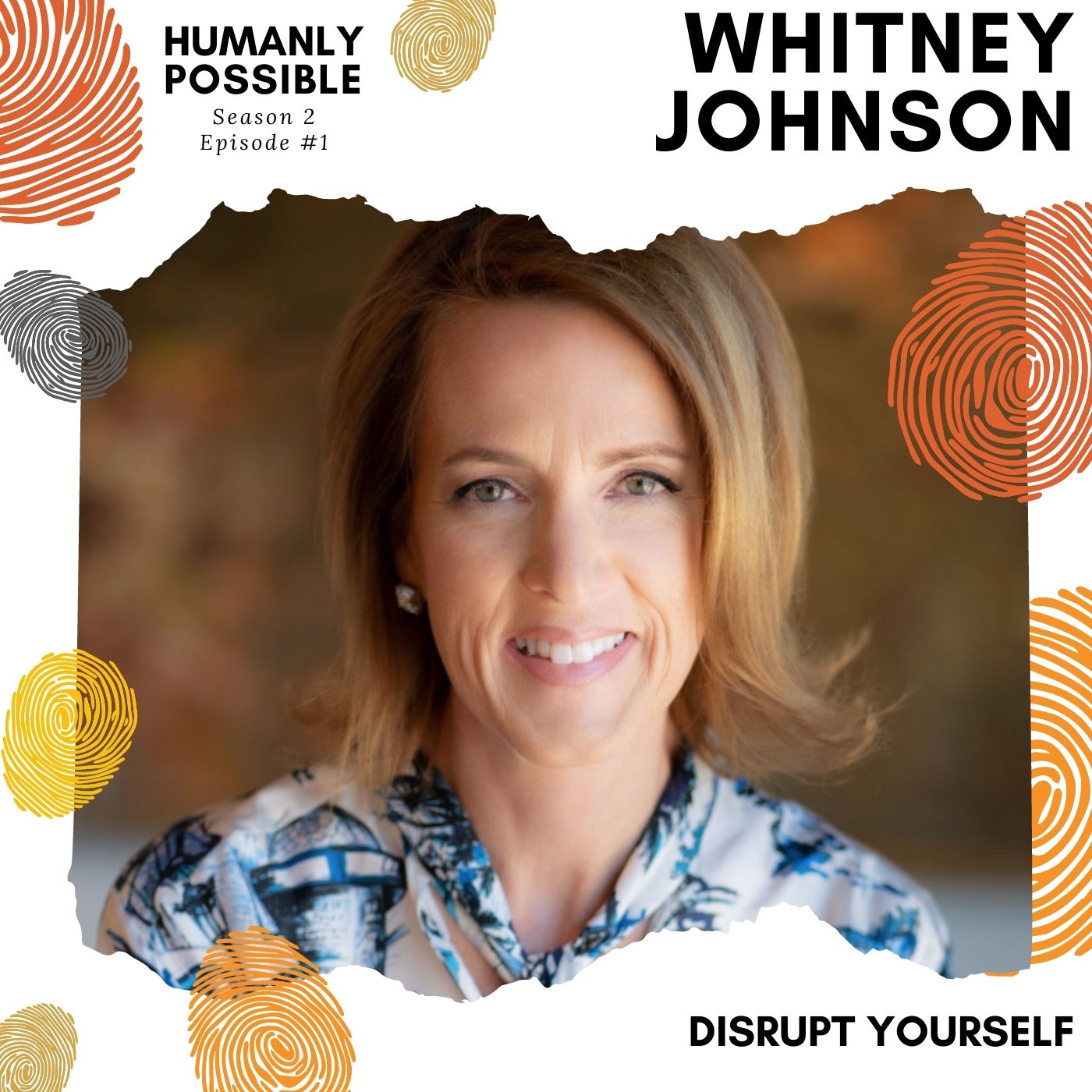 Having worked at FORTUNE 100 companies, been an award-winning equity analyst on Wall Street, invested with Harvard’s Clayton Christensen, and coached alongside the renowned Marshall Goldsmith (who selected her in 2017 from more than 16,000 candidates as a “Top 15” Coach), Whitney understands how companies work, how investors think, and how the best coaches coach–––all of which she brings when working with and coaching CEOs and C-Suite executives.

Whitney is an award-winning author, world-class keynote speaker, and frequent lecturer for Harvard Business School’s Corporate Learning. She is a popular contributor to the Harvard Business Review, has 1.8 million followers on LinkedIn, where she was selected as a Top Voice in 2020, and her course on Fundamentals of Entrepreneurship has been viewed more than 1 million times.

An innovation and disruption theorist, Whitney is a frequent contributor to Harvard Business Review and MIT Sloan Management Review, author of bestselling Build an A Team, a Financial Times Book of the Month, and Disrupt Yourself which Publisher’s Weekly called “Savvy . . . often counterintuitive . . . superb.” She also hosts the weekly Disrupt Yourself podcast whose guests have included John Mackey, Brené Brown, Stephen M.R. Covey, and Zaza Pachulia.

Whitney was the co-founder of the Disruptive Innovation Fund, involved in fund formation, capital raising, and the development of the fund’s strategy, with Harvard Business School’s Clayton Christensen. They invested and led the $8 million seed round for South Korea’s Coupang, currently valued at more than $60 billion.

Whitney is married, has two children, and lives in Lexington, VA.