Punching Your Ticket with @BradDavisCMO

“I’m going to stop listening to the voices of doubt inside.” — .@BradDavisCMO

“There’s never been a better opportunity to create joy in people’s lives.” — .@BradDavisCMO

“Show up with a great attitude.” — .@BradDavisCMO

Brad Davis is Co-Founder, CMO, and President of Consumer Direct at Omnidian where he’s helping lead a team focused on protecting and accelerating investments in solar energy across the U.S. Omnidian has been named among the Top 100 Places To Work by Seattle Business Magazine for 3 consecutive years. 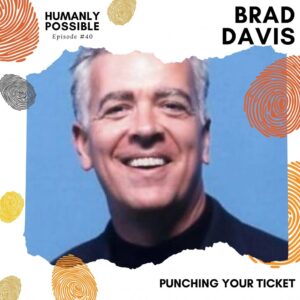 He has a doctorate in law and a track record for building high-growth brands and award-winning communication strategies. He was named one of the top 50 Marketers in America (Ad Age).

Brad’s Awards and Team Recognition include:

Listen to That Voice with Benedict Hadley @benedict_hadley

by Bryan Kramer
We use cookies on our website to give you the most relevant experience by remembering your preferences and repeat visits. By clicking “Accept All”, you consent to the use of ALL the cookies. However, you may visit "Cookie Settings" to provide a controlled consent.
Cookie SettingsAccept All
Manage consent